What is “Assumption of Risk”?

If you have been injured due to the negligence or carelessness of another person, you should be able to recover compensation for what happened. However, recovering compensation can be complicated, especially if it is argued that the victim had an “assumption of risk.” It is important to understand this concept and how it can apply to a personal injury case. 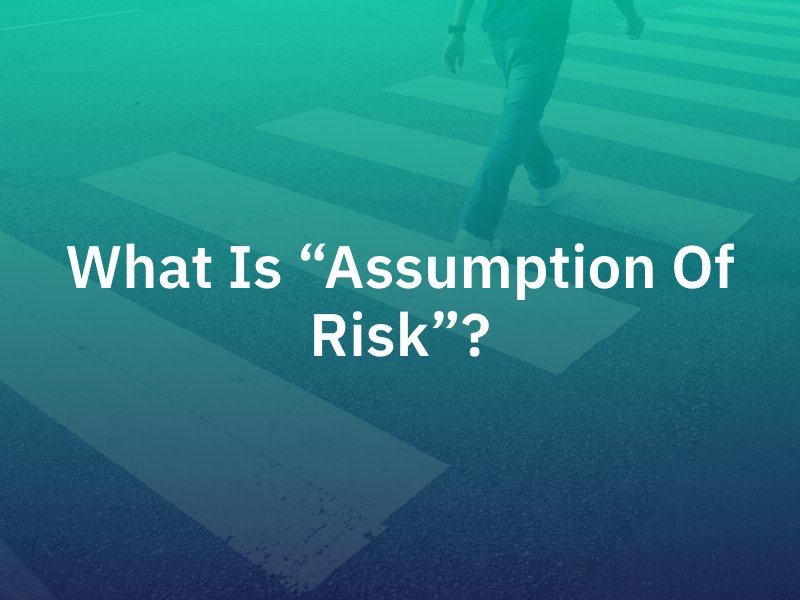 What does this term mean?

The term “assumption of risk” is a legal doctrine that could be used to prevent an injured person from securing compensation after a personal injury lawsuit or an insurance settlement. The idea behind this doctrine is that the plaintiff (injured person) should not be able to hold the defendant (alleged fault party) responsible for any injuries if the plaintiff knowingly exposed themselves to the possibility of an injury. There are a few types of assumption of risk we want to discuss.

“Implied assumption of risk” applies to cases when even though there is no formal agreement made, a person knows that there is a risk involved in the activity they are about to engage in and exposes themselves to the risk anyway. An example of this could be a person participating in a “pick-up” basketball game at a court in their neighborhood. There are risks involved in sports, and a person generally gives an implied assumption of risk by partaking.

This does not excuse negligence

Just because someone has assumed risk for an activity they are participating in, whether expressed or implied, does not mean that another party cannot be held accountable for any injuries that occur.

When looking at expressed or implied assumption of risk, it could be the case that an injury was caused by actions so negligent or intentional that the harm done exceeded the scope of the agreement in question. For example, if a person is bungee jumping, but the operator has received no training to properly perform their job, they could be held liable if an injury occurs to a jumper. If a person is playing in a pick-up sports game, they should not have to worry about risks that are not typically part of the sport. For example, a defendant could be held accountable for overly aggressive behavior that is not part of the game that causes an injury.

In other cases, a person who has given expressed assumption of risk may not have done so with the full information that should have been made available to them. It could also be the case that the provisions of a waiver were not fully made known or were hidden inside of a more lengthy contract signed by the plaintiff. A person cannot properly give their consent if they do not know the dangers they may face.

If you or somebody you love has been injured due to the careless or negligent actions of another person, but the other party says that you knew of the risks involved, seek legal assistance immediately. A skilled Portland personal injury attorney will be able to thoroughly investigate your case and work to maximize any compensation you are entitled to.