Third-Party Liability in a Construction Accident

Posted on August 21, 2019 in Construction Accidents

If you or someone you love works in the construction industry, then you know there are more risks involved than most workers face in their jobs. However, that does not mean you should not be able to recover a fair compensation for your injuries. In many cases, construction accident injuries are caused by third-party contractors on the job site. This could mean you are entitled to more compensation than you realize. 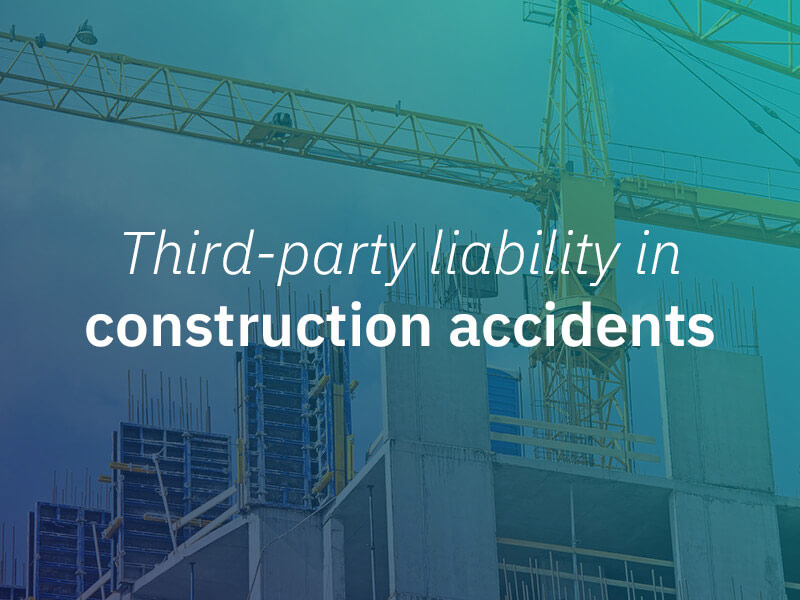 The Occupational Safety and Health Administration (OSHA) tells us that there were 4,674 construction worker deaths during the latest reporting year. The industry also had 3.1 recordable injury incidences out of every 100 workers, a number higher than most other industries according to the Bureau of Labor Statistics (BLS).

OSHA says that the top four cause of fatalities amongst construction workers is:

Third-parties are everywhere in construction

It is rare for one construction company to be on a job site. You will almost never find an entire construction project completed by a single company. Rather, there will likely be one main company running the show that hires dozens of smaller third-party contractors who specialize in various parts of the required work.

These third-parties can make mistakes that lead to injuries of workers of other companies on the job site. In many cases, third-parties do not have the same safety standards as the main company they work for (though they should), leading to major incidents. Some examples of cases in which a third-party could be held liable in construction include:

This is not a complete list, so be sure to speak to an attorney about your specific case.

Why does this matter?

However, injuries caused by a third-party contractor are different. Because they do not work for your company, you could be entitled to more compensation through a personal injury lawsuit against the negligent party.

What kind of compensation could I be entitled to?

There are various economic and non-economic damages that you could be entitled to after a third-party construction injury. This can include:

These damages extend beyond what is typically covered in a workers’ compensation claim. It is important to secure an attorney soon after a construction accident injury so the incident can be thoroughly investigated. In some cases, you may not even realize that the injury happened due to a third-party.