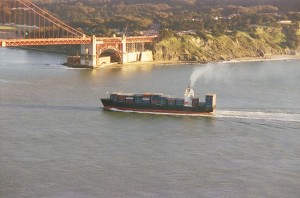 Maritime jobs can be risky business. Watch an episode of the “Deadliest Catch” and it’s vividly clear why working at sea is considered one of the most dangerous occupations on the planet. While the pay for these jobs is often the lure, the sea is a dangerous master with many paying the ultimate price: losing life and limb. These severe injuries have life altering consequences to workers and their families. The good news is that maritime workers have legal protection.

Maritime law and the Jones Act help to protect those who earn their living on the high seas. Non-seamen workers often benefit from laws such as the Jones Act, General Maritime Law, and the Death on the High Seas Act that can provide legal protection to those who are injured while aboard pleasure or commercial vessels and craft such as a ski boats, personal water craft, jet skis, fishing boats and cruise ships.

The Jones Act establishes a system of protection and benefits for seamen and crew members. A seaman or non-seaman who suffers maritime injuries while in the service of vessels whether working aboard a ship, tug, barge, fishing vessel, processor, trawler or other vessel, is generally protected under the Jones Act.

The Jones Act allows for injured seamen to bring a claim for the negligence of an employer or vessel owner including the unseaworthiness of a vessel and provides benefits to the families of seamen killed on the job. However, the Jones Act is complicated. Those who have questions about the Jones Act or maritime injuries should direct their inquiries to expert maritime injury lawyers to discuss your case.

Admiralty Law is Complex and Difficult to Interpret

When tragedy strikes, Oregon and Federal laws protect the rights of seamen, mariners, and boaters injured on the job and in service of a vessel. Yet, for an accident or injury to fall under maritime law, certain conditions must be met. The specifics of admiralty and maritime law claims vary from situation to situation and can include claims for damaged cargo, collisions, hazardous spills liability, and injury related liability claims. These laws protect the interests of both employers and employees, and govern business practices that take place on or near the water. Admiralty law and maritime law are difficult to interpret at times and best left to a team of skilled maritime lawyers.