Why I Became an Oregon Trial Lawyer 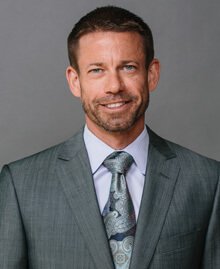 When I was young, my friend’s father was killed in a logging accident through no fault of his own. I’ve never forgotten the affect his death had upon my friend and his family. They lost not only a loved one, but were left financially destitute and were forced to move to a different state to live with family. A family was destroyed through no fault of their own, yet no one stepped forward to help them. Saying goodbye to my friend on his last day at school is something I have never forgotten, nor do I believe I ever will.

It is likely because of what happened to my friend that the idea of stepping forward to help those who no longer could help themselves became a personal goal. Perhaps this is what triggered my fascination with becoming a trial lawyer after learning about a legendary trial lawyer in Portland named, Frank Pozzi.

I first heard about Frank when I read a newspaper article about a case that he tried for a fisherman who was killed in an accident. The facts reminded me of what happened to my friend’s father and it made me realize how a dedicated trial lawyer can help families make the most of a tragedy. I decided after reading the article that even though I was still in high school, I wanted to become a trial lawyer like Frank Pozzi. What’s more, I knew that I wanted to work for Frank Pozzi.

My first year of law school, I applied to work at Frank’s firm Pozzi, Wilson & Atchison but was turned down. I kept applying and eventually was accepted. To this day, receiving the call that I had a job at Pozzi, Wilson & Atchison, a legendary firm for training and creating great trial lawyers, was one of the highlights of my legal career.

I became an Oregon trial lawyer after graduating law school and began representing individuals and families who were in need. I had the privilege of having my office right next to Frank’s. He used to call the corner where our offices were located “Little Italy,” although Frank’s office was three times the size of mine. It was a dream come true.

Sadly, Frank passed away within a few years of my becoming a trial lawyer but I still remember the discussions we had about the importance of representing people and how to become a good lawyer.

After trying a number of cases, I eventually was hired by two of my personal heroes, Chuck Paulson and Jan Baisch. I went to work for Paulson and Baisch, which ultimately led to the creation of Paulson Coletti. I’m very proud of my firm and my partners. I’m also proud that more than 19 years after being hired by Frank Pozzi, I continue to strive everyday to be the best trial lawyer I can be to help individuals and families who are facing life’s greatest tragedies. Being a trial lawyer is more than a job, it is my passion and I’m grateful for the many people over my career who have trusted me to help them in their darkest days. It is a true honor.