What are the Levels of Automation for Autonomous Vehicles?

Many newer vehicles have some sort of automation. In fact, vehicles made by Tesla tend to have incredible levels of automated driving available, though they are not the only companies making a deep dive into automated technology. In some ways, vehicles can even unpark themselves and come to you in the parking lot. Here, we want to discuss the various levels of automation available in newer vehicles sold today. This is important, particularly as more and more vehicle accidents are occurring because people are misusing automation features. 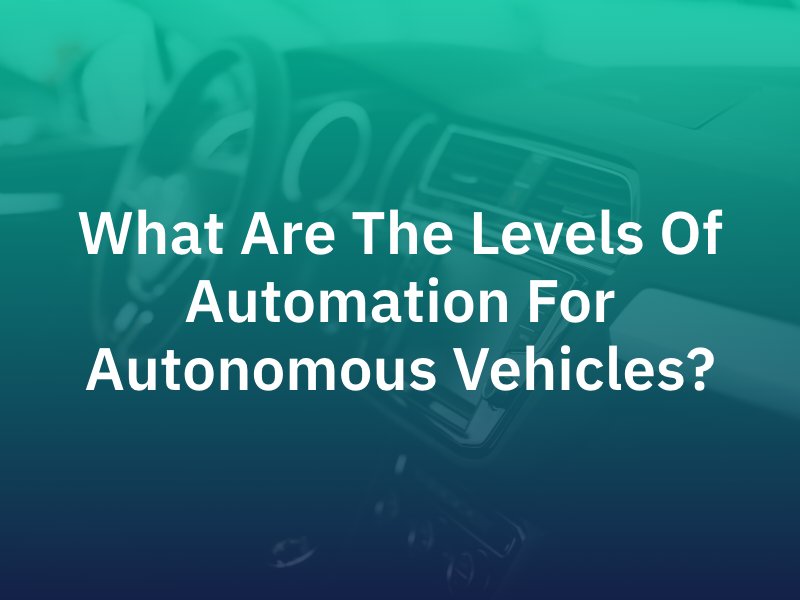 Most vehicles on the road today are at this level. This means that the driver provides every aspect of the driving tasks, even though there may be some systems in place to help the driver.

This is considered the lowest level of automation. This would include the vehicle featuring a single automated system to help the driver, such as steering or acceleration (cruise control). In some cases, vehicles have adaptive cruise control where the vehicle can maintain a safe distance behind another car.

Partial driving automation means that there are advanced driver assistance systems in place. This means that the vehicle can control the steering as well as acceleration and deceleration. This is still not considered self-driving because a person will be sitting in the driver’s seat and can take control of the vehicle at any time.

Level 2 automation is the highest level of automation available for vehicles sold in the United States at this time. However, technologies and laws are moving forward to allow for higher levels of automation.

At Level 3 automation, this would be when a vehicle has environmental detection capabilities to make informed decisions for themselves, kind of like artificial intelligence. This would include accelerating past slower-moving vehicles on the roadway and making lane changes. However, this level would still require human override capabilities.

The difference between a Level 3 automated vehicle and a Level 4 automated vehicle is that a Level 4 vehicle can intervene if something goes wrong or if there is a system failure. In most circumstances, vehicles at this level of automation will require no human interaction. However, a human would still have the option to manually override the controls.

Level 5 Indicate full driving automation, where a human is not required they handle any of the driving tasks. A Level 5 automated vehicle would not even have a steering wheel or breaking systems inside the passenger compartment.

How Will This Affect Safety?

As we mentioned above, Level 2 is the highest level of automation for vehicles available in the United States. However, multiple companies are working on developing higher-level automation vehicles. There are also significant and extensive studies being conducted in certain areas of the country for self-driving vehicles. There will likely be comprehensive legislation passed over the coming decade related to automated vehicles and what is allowed on the roadways. This technology, in theory, could completely take away the need for humans to even operate a vehicle, and this would completely rewrite traffic laws and the insurance industry as we know it.