Who Is at Fault in a Jaywalking Pedestrian Accident? 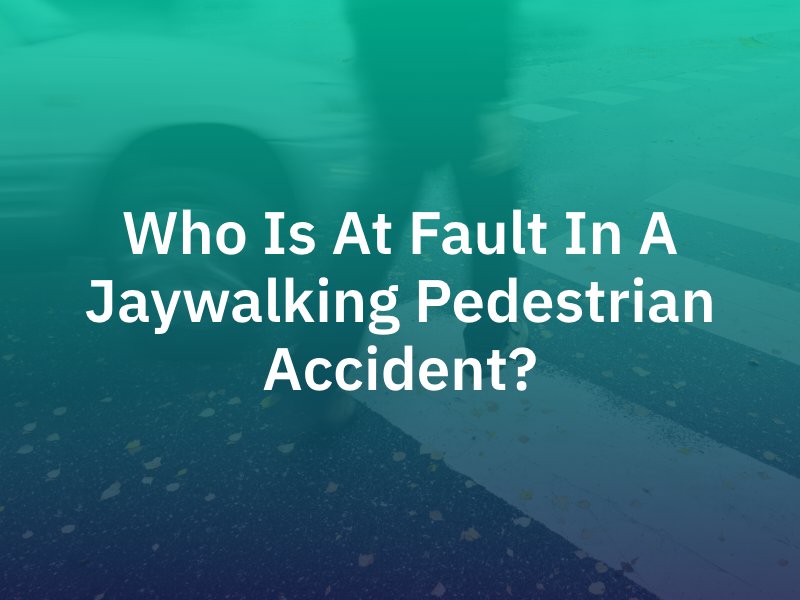 Determining Fault in a Pedestrian Accident

Every person on the road must follow traffic laws. In Oregon, you will not find any actual “jaywalking” laws, but you will find that pedestrians are required to obey all traffic signs and signals where applicable. If a pedestrian fails to follow the rules of the road and ends up being involved in an accident, there is a good chance that they will be found partially responsible for the incident. What this means is that any damages that they are able to recover from other at-fault parties may be lessened. We will talk more about that in a moment.

Actually determining fault after a pedestrian accident can be challenging. Often, there is a misconception that vehicle drivers will automatically be at fault if they are involved in an accident with a pedestrian. That is not always the case. Yes, all drivers should be hyper-aware of pedestrian activities. The reality is that pedestrians usually fare far worse than anybody in a vehicle collision occurs. However, as we mentioned above, pedestrians do have to follow traffic and signals when they are present.

If a pedestrian gets struck by a vehicle in Oregon after crossing the roadway where they should not have crossed in the first place, there is a good chance that both the driver and the pedestrian will share responsibility for the incident. This is where we need to examine the modified comparative negligence system used in Oregon.

For example, let us suppose a pedestrian is jaywalking after ignoring a “do not cross” signal. Now let us suppose that this pedestrian is struck by a driver traveling 20 mph over the speed limit. In this scenario, we will imagine that the pedestrian sustained $100,000 worth of damages between medical bills, lost wages, and pain and suffering. However, what would happen if a judge or jury determined that the pedestrian was 40% at fault and the reckless driver was 60% at fault? In this scenario, the pedestrian would recover $60,000 in total compensation as opposed to the full $100,000. The $40,000 subtracted from the total accounts for their 40% of the fault.

According to data available from the Oregon Department of Transportation, we can see that there were 941 total reported across the state during the latest year. Out of these incidents, there were 76 fatal collisions and 865 non-fatal injury collisions.