What to do if a Government-Owned Car Hits You

Vehicle accidents occur regularly throughout Oregon. In general, most individuals are able to recover compensation if they are injured in a vehicle accident caused by the careless or negligent actions of someone else. However, what happens if you are injured or sustained property damage as a result of being hit by a government-owned vehicle?

Here, we want to discuss the complexities surrounding accidents involving government-owned vehicles in Oregon. There are different processes involved when these incidents occur. 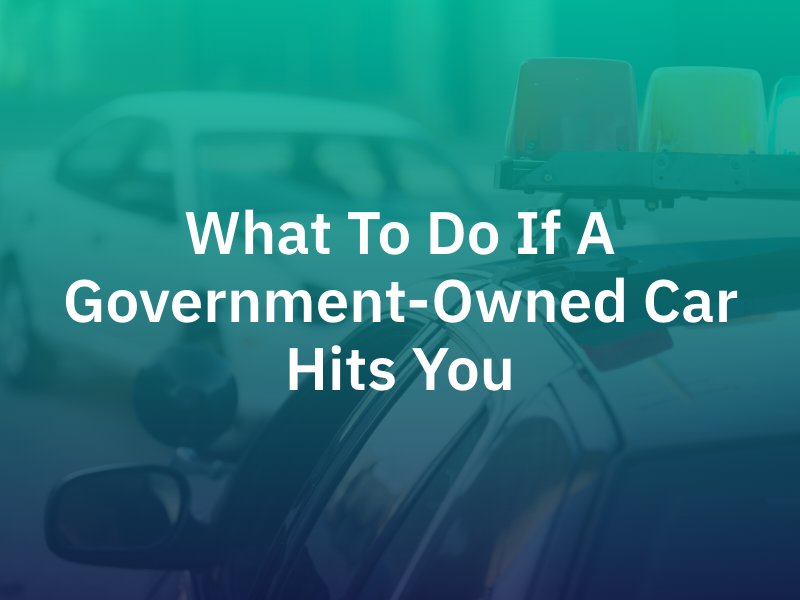 What Types of Government-Owned Cars Are There?

Many people do not realize the sheer number of government-owned vehicles that are on the roadways around Oregon. We have to consider the totality of vehicles owned by the state governments, county governments, and each municipal government. This includes, but is not limited to, the following:

Often, when an accident occurs involving a government-owned vehicle, it is very obvious that the vehicle is part of the government fleet (i.e. a marked police or fire vehicle). However, it is not uncommon for everyday government employees to ride in vehicles that are not marked at all. This can make it challenging when it comes to determining who to file your insurance or personal injury claim against.

It is crucial to understand that there are very strict timeframes in place for filing a claim against the government entity in Oregon. Notice of a claim must be filed within 180 days with the specific agency involved. Wrongful death claims must be filed within one year after the incident occurred.
The law does provide leeway for those who are injured or legally incapacitated, by giving them an additional 90 days following the injury to file the claim.

Damages available under an OTCA are limited. There are very specific caps in place related to how much compensation individuals can recover if they file a successful personal injury claim against a state, county, or municipal government. We strongly encourage you to work with a skilled attorney who can walk you through this process and help you understand how much compensation you may be entitled to for your case.

When you employ assistance from a Portland car accident attorney, you will have an individual by your side who has extensive knowledge of not only traditional civil personal injury law but also the ability to handle personal injury lawsuits against government entities. We strongly suggest that you not try to file a claim against a government entity in Oregon by yourself.