What is Discovery in a Personal Injury Case?

If you or somebody you care about has been injured due to the negligent actions of another person, you should be able to recover compensation through a personal injury lawsuit in Portland. However, these cases are rarely straightforward, and they can present significant complications to the person who is trying to prove their injuries. The most important part of a personal injury lawsuit is the “discovery process” in which both sides of a case “discover” evidence and share it with the opposing party. It is important to understand some further information related to the discovery process. 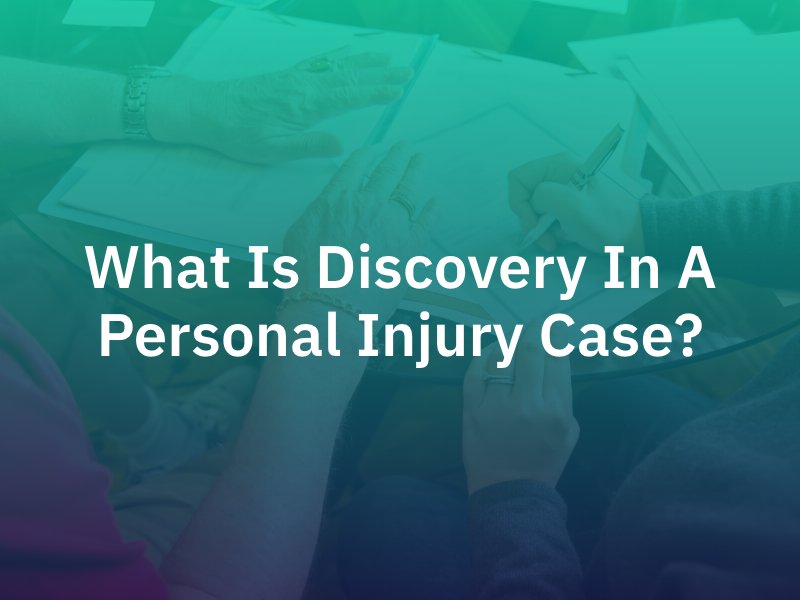 What is the discovery process, and when does it start?

The process of gathering evidence in the aftermath of an injury really begins from the moment an incident occurs. A personal injury victim (the plaintiff) should do their best to obtain all evidence necessary at the scene of an accident or other injury-causing incident. However, the official “discovery” process will begin after a personal injury lawsuit is filed against an alleged negligent party (the defendant).

The discovery phase of the personal injury process will be used by attorneys for both the plaintiff and the defendant. As the name suggests, both sides will “discover” evidence related to the incident. This phase of the process is used so that both parties can gain a thorough understanding of the facts surrounding their particular case. When a personal injury lawsuit is initially filed, both parties will only have information and facts related to their standpoint.

During the discovery phase, both parties will be able to request and obtain all evidence and documents the other side has that are related to the case in question.

What type of “discoveries” are made in an Oregon personal injury lawsuit?

Both parties in an Oregon personal injury lawsuit are allowed to request documents and evidence from the opposing side, so long as they are relevant to the case. For example, it will be necessary for a defendant to request medical bills and proof of lost wages from the plaintiff. Evidence such as photo or video surveillance from an accident scene will likely be shared between both parties to the lawsuit.

Depositions are tools that each party can use to question the opposing party or any witnesses that have knowledge of the case. Depositions typically take place outside of the courtroom, but the person being questioned will be under oath, and a court reporter will be present. Anything said in a deposition can and will be used in the courtroom if they bolster the case of one party. Depositions give both sides a chance to build their case and learn the information they did not previously know.

There may be various facts of the case that are not in dispute at all. In an effort to save time and money, the plaintiff or defendant may submit a Request for Admission of certain facts that are undisputed. This keeps both parties from having to take time in court or call witnesses to convince the jury of something that nobody is contesting.

Negotiations will be ongoing

As more evidence comes to light during the discovery process, it may become apparent that one side or the other has a strong case. Negotiations between attorneys for both sides will continue throughout the discovery process, and most cases are settled before they reach a jury trial. For example, if an insurance carrier or at-fault party realizes that the evidence is weighing heavily against them as discovery brings more evidence to light, they may offer a significant settlement to the plaintiff order to avoid going to trial and losing you and more money.