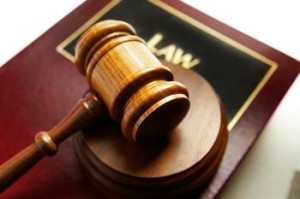 A new lawsuit accuses the Oregon Department of Human Services of failing to supervise a situation in which two foster children were allegedly starved. In the complaint, the foster parents’ alleged negligence caused the children (4 and 5 years old) to weigh the same now as they did when they were 1 and 2.

When they arrived at the hospital, the boy, 4, weighed just 27 lbs. This is the average weight for a 2-year-old. The girl, 5, weighed just 30 lbs., the average weight for a girl between 2 ½ and 3 years old. The boy had allegedly gained just 14 ounces in his 2 ½ years with the foster parents. According to state investigations, one caseworker states that the girl looked short for her age, but that her appearance “raised no concerns.” They also noted that the boy was average in weight and height; although, the boy’s weight wasn’t listed on growth charts for his age.

The case alleges that the foster parents are facing felony assault and criminal mistreatment charges. The DHS is also accused of not taking action despite caseworkers having face-to-face interactions with the two children. Reports show that a caseworker had visited the children within a month prior to the visit to Randall Children’s Hospital, where doctors determined that the two kids were suffering from extreme starvation.

Attorney Jane Paulson at Paulson Coletti is representing the two children along with Erin Olson. The children were able to gain weight quickly during their eight-day hospital stay. The children also have developmental troubles as a result of their condition. The girl has trouble with motor skills, cognitive delays, and post-traumatic stress. The boy experiences the same, as well as vision and speech problems.

This case opens the door for the Oregon Department of Human Services to make changes to the way they monitor families and living situations. They must know when to take appropriate action to protect the children they place in foster homes and this case is a good example of that. Our Portland attorneys at Paulson Coletti are determined to see that the standards of care are upheld.