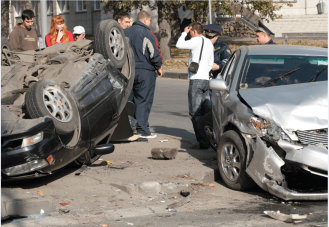 On Tuesday, January 13, a man was killed in a two-car accident while traveling on Oregon 211 in Clackamas County. According to the reports, the deceased man, 77-year-old Robert Layton, and his passenger, Donna Layton, were traveling west on Oregon 211 when the collision happened. The passenger was taken to the hospital with critical injuries.

Emergency crews responded around 10:00 a.m. Investigators claim that Layton’s 1997 Toyota Celica was hit after a 1991 Toyota Land Cruiser heading eastbound began to rotate clockwise for an unknown reason. The driver was Andrea Parsons, a 36-year-old Molalla resident who was also taken to the hospital for minor injuries.

The investigation is ongoing, but according to Oregon State Police, there is no suspicion of alcohol or drug use and no suspicion of other impairment. Law enforcement said that all three individuals had been wearing seatbelts at the time of the accident.

Car accidents happen for a number of reasons. If no impairment was present, there is a possibility that the vehicle or its parts had a defect or something went wrong.

If an accident occurs and you or someone you love is injured, it is important to seek medical attention as soon as possible, as well as get a copy of the incident report if available. Depending on the exact cause of the accident, a Portland wrongful death lawsuit may be filed.

At Paulson Coletti, our team of lawyers is proud to advocate our clients’ rights after an accident. We want to make sure our clients know there is someone on their side who has their best interests in mind at all times. Trust that our firm is ready to help you hold negligent parties accountable and seek the compensation you need and deserve. Call today to get started.