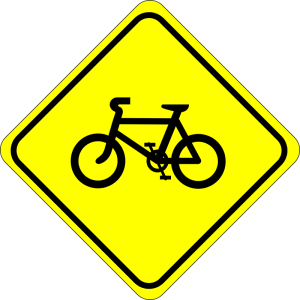 As cyclists, automobile drivers and Oregon bicycle accident lawyers, we look at accidents involving a motorist and a bicyclist from a unique perspective. The issue basically comes down to this: many automobile drivers do not respect the bicyclists’ rights to share the roads and bike riders haven’t been educated about sharing the roads with automobiles.

The popularity of bicycling has grown over the last 10 years nationwide as well as in Oregon and Washington. It is a convenient and inexpensive way to travel, especially in traffic-filled cities with scarce parking options. Many cities have constructed special bike lanes and allowed bicycles to access park trails in an attempt to address the increased bicycle traffic.

However, with bicycle riding becoming more ubiquitous in metropolitan area as well as in the countryside, it’s clear both motorists and bicyclists need to do more to prevent accidents from happening in the first place.

Here are some staggering bicycle injury statistics that support that need:

Motor vehicle operators must be attentive to bicycle riders

Motor vehicles and bicycles observe the same motor vehicle laws but often motor vehicles get into trouble when they don’t know or don’t care about the law. Here is one such example:

Not knowing the law will not protect you against negligence if you injure a bicyclist.

While Oregon bicycle riders are required to obey the traffic laws, they are also entitled to the same legal protection of those laws as automobile drivers. The same protection also applies to other types of negligence relating to bicycling such as product liability, defective products and negligent manufacturing or assembly. This type of negligence is very damaging. Bicyclists in both Oregon and Washington state who been involved in a bicycle accident and have been injured as a result of negligence are encouraged to contact an Oregon bicycle accident lawyer to discuss their case and to find out what your options are.