My Inspiration to be an Oregon Personal Injury Lawyer 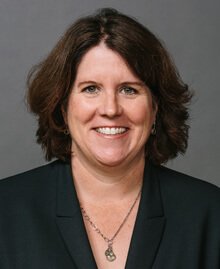 I never planned to go to law school. My brother always said he was going to be a lawyer so I thought I’d find something more interesting. I went to school in Indiana and with my major in business economics and public policy, I qualified for a management job – Radio Shack was my most likely job lead. It was not my dream job but maybe that’s where you start.

A big shift happened on Valentine’s Day of 1986. The shift began when I heard former Congresswoman Geraldine Ferraro speak at my school, Indiana University. It was right after she, unsuccessfully, ran as the first female vice presidential candidate — on the ticket with Walter Mondale. Since she ran for vice president, she had already ended her term as a member of the United States House of Representatives (from New York’s 9th district) and had written a biography the year before titled, Ferraro: My Story. During her speech at my school, she emphasized female leadership, the unbelievable circumstances she faced as a woman (and even as a woman in Congress – she was denied a VISA card because she didn’t apply with her husband) and said there was more to be done for women. It was an inspirational speech and made me rethink what I wanted to do. I called my dad, already an established lawyer at the time, and asked him if I could take the LSAT. And so it began.

I got accepted at University of Virginia School of Law and clerked for the federal judge, the Honorable James M. Burns. I then worked for a defense firm for three and a half years where I gained knowledge of practices and legal strategies of insurance companies and their defense teams. By 1995, I knew billing hours for an insurance company was not a good fit with my personality. At the same time, my dad told me he was going to retire in a year or two and if I wanted to learn plaintiff’s law I better do it soon. I joined my dad’s law firm in April 1995 – and my dad is still practicing law with John Coletti and me and still considering retirement someday…

I have enjoyed being a lawyer. I have served on several local and state bar committees including the Oregon State Bar Affirmative Action Committee, the Oregon State Bar Procedure and Practice Committee and the Multnomah Bar Association Judicial Screening Committee. Working alongside my father, Chuck Paulson at our Portland personal injury law firm, is a rewarding experience and a dream of many families.