Injured In An Uber Crash. Now What?

The last thing any person expects when they are on the roadway is that they will be involved in an accident with an Uber vehicle. Whether you are riding in your own vehicle or riding in an actual Uber, you should not have to worry about an accident occurring. However, the reality is that vehicle accidents do occur due to the careless or negligent actions of drivers on the roadway.

If you have been injured in a crash involving an Uber vehicle, what are your next steps? Can you recover compensation?

Here, we want to discuss how Uber accidents are different from other types of collisions on the roadway as well as the likelihood of recovering compensation for your injury expenses. 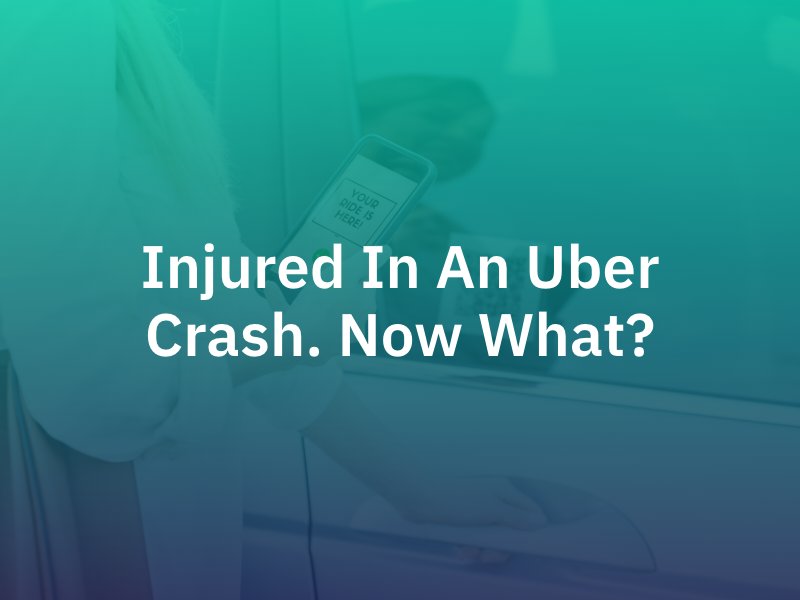 If the Uber Drier was At-Fault

If you are involved in an accident with an Uber vehicle, either as a passenger inside the vehicle or as another party involved, you may be entitled to various types of compensation if the Uber driver was at fault for the incident.

However, where you obtain the compensation from will vary depending on the status of the driver when the incident occurred. For example, if an Uber driver was off duty and on their own personal time, then their personal insurance carrier will be responsible for covering the incident, just like any other vehicle accident that occurs in Oregon.

However, if the Uber driver was on duty at the time they caused a crash, then the insurance provided by Uber will kick in. If the driver was signed into the Uber app to work but did not have a passenger and was not on the way to pick one up when the crash occurred, their personal insurance carrier will be the primary recovery source, but Uber’s insurance policy will kick in in the event the personal carrier denies the claim or if the policy limits are not enough to cover the damages.

If the Uber driver had a passenger or was on the way to pick one up when the incident occurred, then Uber has a blanket $1 million insurance liability policy to cover every party involved.

If the Uber Drier was not At-Fault

In general, these situations will be handled just like any other vehicle accident claim. Victims involved will pursue compensation from the at-fault driver’s insurance carrier. However, as we mentioned above, Uber does have a significant liability insurance policy that kicks in to cover every party involved in a crash if an Uber driver has a passenger or is on the way to pick one up when an accident occurs. In the event the at-fault driver’s insurance carrier refuses to offer a fair settlement or denies the claim, this insurance policy will likely kick in to cover the Uber passengers and the Uber driver so they can receive compensation for their losses.

That being said, any crash involving an Uber vehicle can become incredibly complicated, particularly when dealing with multiple insurance carriers. It is strongly suggested that those involved in these accidents work with a skilled rideshare accident lawyer in Portland who can handle every aspect of these claims.