Posted on January 27, 2016 in Our Blog,Paulson Coletti News

Justice Roberts was instrumental in pivotal legislation during her career, such as passing Oregon’s first legalized right to abortion, ratifying the state’s Equal Rights Amendment, and breaking ground on environmental and land-use legislation.

Attorney Jane Paulson of Paulson Coletti was honored to be the 2015 recipient of the Oregon Women Lawyers “ Justice Betty Roberts Award.” The award recognizes an individual who made an outstanding contribution to promoting women in the legal profession, as well as in the community. Last year, that individual was Jane Paulson.

Representative Earl Blumenauer once said of Justice Roberts, that she was “one of a kind” and “for over a quarter century, [she] had as much impact on the political process as anyone in Oregon.”

Below, Jane Paulson of Paulson Coletti (left) is pictured with Justice Betty Roberts (middle) and Maureen Leonard (right), who clerked for Justice Roberts on the Oregon Court of Appeals and Oregon Supreme Court. 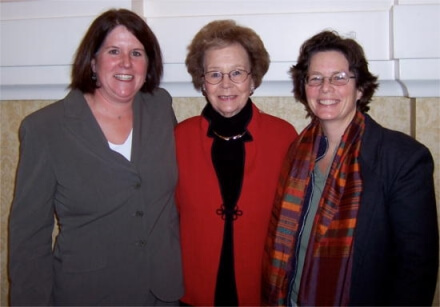 You can learn more about Justice Betty Roberts here or by reading her memoir,With Grit and By Grace.