Being an Oregon Personal Injury Lawyer 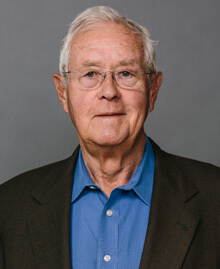 After spending decades as a lawyer, specifically working in Oregon on personal injury-related cases, I find I get asked more and more how I ended up in my niche field of service.

I was raised in southeast Portland and my career started with work at Libby and Star Foods canneries. I went into the military and became a 2nd Lieutenant with the 82nd Airborne. And after serving in the Korean War and coming home from the military, I got a full time job with the Portland Police Department. I got the job first among 500 applicants.

The last two years at night law school, I worked as an insurance adjustor for State Farm. At night law school, I met Roy Goodman Jr. who was Frank Pozzi’s investigator. Peterson Pozzi and Lent represented the Longshoreman. I interviewed with the firm. During the interview, they kept pouring the whiskey while quizzing me with hypotheticals—all of which were recent Supreme Court cases. Luckily, I stayed on top of the advance sheets. They hired me even before I passed the bar exam.

I passed the bar exam and went to go work for Peterson Pozzi and Lent, one of the best plaintiff firms in Oregon who focused on maritime accidents. I had two jury trials my first week after being sworn in as an attorney. I was solo on these first two trials and won them both.

By the 1960’s, I was doing cases regarding medical malpractice. At the time, not a lot of people had the guts to take on controversial cases. My proudest case to date is the Teddy Jordon case – an African American who was wrongly accused of murder and jailed for 33 years. I helped get him off of death row (but more on that in another blog post).

As I look back on my career as a Portland personal injury lawyer as well as my previous jobs, I’m reminded that the jobs have changed but my desire to help people is a constant. I’ve made it my duty to represent individuals in claims against large institutions. Today, I am proudly working with my daughter, Jane Paulson and continuing to represent people in the courtroom who need and deserve expert help.