Vehicle accidents are not uncommon in and around the Portland area. In most situations, anyone injured due to the careless or negligent actions of other drivers will be able to secure compensation from the at-fault party. However, accidents involving government vehicles can create a more challenging situation when it comes to securing compensation. Here, we want to discuss the insurance process and the prospect of possibly filing a lawsuit against a government entity. 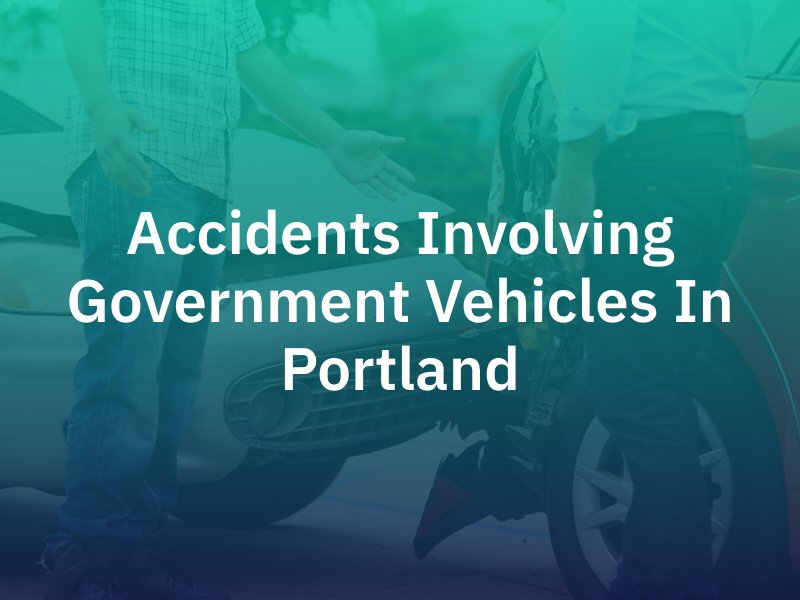 Government Vehicles That are Regularly Involved in Accidents

Why Are These Crashes More Challenging?

If you or somebody you care about has been injured in an accident involving a government vehicle, we need you to be aware that the process of securing compensation is going to be more challenging. Simply filing a personal injury lawsuit against the government entity involved is not going to work because of something called the Oregon Tort Claims Act. This law protects government entities and their employees from facing lawsuits.

In general, we will find that the government will waive its immunity to lawsuits in most situations, including incidents where a person is injured or killed in a vehicle accident. However, just because the government entity may wave their immunity does not mean that the process of filing a claim is easy.

In Oregon, you will generally have two years from the date an accident occurs to prepare and file a lawsuit against the at-fault party. However, when you are filing a claim under the Tort Claims Act, you will only have 180 days from the date of the accident to file. In cases of wrongful death, this time frame will be lengthened to one year.

In addition to timeframes, there are also limits to how much money a person can recover in compensation. It is crucial for any person who has been injured in an accident with a government vehicle to work with a skilled attorney who can thoroughly investigate the situation and take the steps necessary to help the victims recover maximum compensation.